There is much confusion among new photographers as to which format, JPEG or RAW, is best to use. The problem is there’s no one correct answer to the dilemma. To be able to know when to use either of the formats, it’s best to have a solid understanding of each of their drawbacks and advantages. The following article will explore both sides of shooting in either RAW and JPEG image formats. 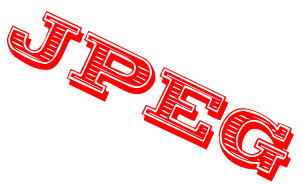 A file saved using the JPEG compression format is just that–the image saved to the memory card is compressed using an algorithm. Because the image is compressed, there is an inherent loss in quality. However, the issues associated with JPEG go deeper than just the image saved to the memory card. If you do any post-processing work on your images, every time you save a change, the compression algorithm is re-applied to the image. This causes further loss in quality with each edit/save cycle. The average size for a JPEG image taken at full resolution on a 10.1 megapixel camera is somewhere around 2.6MB.

A RAW file simply contains the data collected by your camera’s sensor. In itself, it is not an image. It must be converted before it becomes an “image file”. RAW files are significantly better to work with in the post-processing stage. You can very easily adjust many parameters of the image. The average size for a full resolution RAW image on a 10.1 Megapixel camera is 9.3MB. This is approximately 3.5 times larger than a high quality JPEG image.

The Comparison of RAW and JPEG

One of the most important factors for getting an image to look technically correct is to get the white balance right (I say “technically,” because you can take a technically correct image with bad composition and it can still be a bad image). Going into exactly what white balance is and how it affects the image is beyond the scope of this article, but I feel a few words on it are needed.

White light is composed of all the colours of the rainbow mixed together with the result that it looks white. Some light sources (e.g. sunlight or an incandescent bulb) have a larger proportion of the colours at the red end of the visible light spectrum, giving the light a ‘warm’ feel. Other sources of light (e.g. fluorescent strip lights) have a greater proportion of the colours at the blue end of the spectrum, giving the light a ‘cold feel’. For your camera to get the colours correct in the scene it is ‘seeing’, it needs to know the proportions of each colour that are making up the light. This is called the “colour temperature” of light and is measured in K (Kelvin).

Most amateur photographers will usually shoot using AWB (Auto White Balance). AWB does an OK job of getting the colour temperature (and therefore the colours of the image) correct. Now, I come back to my original question: why should a RAW image look better than a JPEG? The answer is RAW images are much easier to manipulate using image editing software such as Photoshop. In Photoshop you can easily adjust many parameters of an image such as white balance, exposure, colour saturation, colour tint, fill light, brightness, contrast and others. Of course, you can also do this with a JPEG image, but it is not so easy, the results aren’t as good, and you still have the problem of gradual degradation of image quality from the JPEG compression algorithm. In Photoshop (and indeed other image editing programs) you can very easily and quickly manipulate a RAW image to be superior to its JPEG alternative.

So you may now be thinking, “why not always shoot in RAW?” As discussed earlier, RAW image files are approximately 3.5 times larger than JPEG image files. However, this is increasingly becoming less of an issue as flash memory gets cheaper and cheaper. There is another issue associated with RAW. Opening up a RAW file, manipulating it, and saving it as an image file (e.g. JPEG or PNG) can be time consuming when you have a large number of files to process. There are programs that will do a batch conversion, but the results are not as good as if you were to individually tweak and convert each file. There is, however, a solution to this. Many cameras support the option to shoot in both RAW and JPEG simultaneously. This allows us to review the JPEG images and decide which ones need some manipulation without us having to process and convert numerous RAW files. 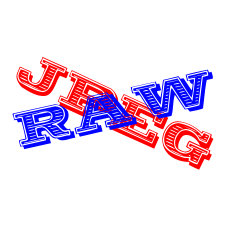 Better results can be obtained by shooting in RAW. However, converting the files is time-consuming and tedious. The camera does a pretty good job at rendering JPEG files on its own, but it does sometimes get it wrong and it is easier and better to correct a RAW file than a JPEG in the post-processing stage. If you have a decent size memory card, I would recommended using the JPEG + RAW option. When this option is set, the camera saves both a JPEG file and a RAW file to the memory card. This then allows you to quickly look through the JPEG files later and decide which ones need some post-processing work, saving you a lot of time converting files. Of course this does use significantly more space on your memory card. I have an 8GB card, which I find to be enough for a days shooting with a 10.1 Megapixel camera using JPEG + RAW (my card currently has 485 RAWs and 672 JPEGs with 50MB to spare).

About the Author:
Alexander Sommerville writes for Use my Canon (www.usemycanon.com). The aim of this website is to introduce beginners to the Canon EOS digital camera, moving them away from the ‘Basic Zone’ and into the ‘Creative Zone’.

A short note and PDF download on the subject of “common” image file types can also be found here.