Yes – you got the job done. You have a bunch of photos on the camera and you KNOW you have a great shot!

It’s in the bag and the client is going to be really happy, or you’re going to love hanging the print on your wall.

SO – why is the photo not showing on the computer / camera…….?

WHAT happened? Panic sets in (especially if it’s a job set of photographs)…

Ok – it happens and usually when least expected.

Example One:  Believe me – I’m certainly NOT proud of this event and although I hate to admit this, it may just help someone!!

Some years ago I was asked to take the photos for a friend’s wedding….as I have done MANY times in various forms. I have been official photographer with some really nice results (I got great feedback from these people!) and I have also been involved in the informal photo gathering at weddings and other events as well – I LOVE the informal ones actually more than the official, but hey – if asked…..

However this one time I knew I had some good pictures. I was really looking forward to getting them done. 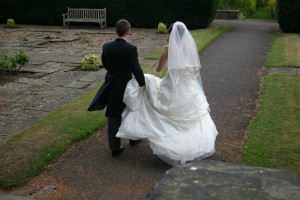 One that was not lost

Somehow – and to THIS day I have NO idea what happened – the photos were NOT in the camera when I got home. I was devastated as you might imagine…

I was lucky that there were hundreds of photos taken and the best man took charge, got together as many photos as possible and showed the bride..

“Wow they’re lovely!” was, I believe, one of the comments….

“Oh thank goodness, because Mike has had a disaster…..”

Well – that was a relief of sorts, but it remains a fact that a couple of simple steps in all this would have prevented a complete loss of photos and credibility! Let alone the total embarrassment of having to admit a real problem like this.

Actually just one main step and that’s only one I made up for myself. Whether it is a move others make – I don’t know.

Simply change the memory cards after a session in a particular part of any event. You keep a good stock of cards about, empty for the event, don’t you?

So learn from a problem that I still have no idea how it happened….

Example 2: NOTHING like as critical as that last one, frustrating, irritating and only ever happened to me once and just this week!

Just a few days ago my lady and I went for an afternoon stroll in a lovely part of the area, along the Bockhampton river walk, just outside Dorchester, here in Dorset. This is a particular favourite and was enjoyed hugely by our dog Molly when she was still with us. We had to spell it out as she knew what “the path” meant! HOW I will never know!

Anyway the sun was out, still chilly as January ought to be, and we’d been in the house far too long! So a walk and try out a lens I had borrowed to try out.

I had some really nice photos, as I thought – nice back light on leaves and various other bits and pieces…..

I got home and downloaded into my laptop (mistake 1) and started to import into Picasa to view quickly. Mistake 1 was actually the main one as the laptop – for some reason – decided to play up….. in fact it just stopped working and shut down… Yes the mains lead WAS in! 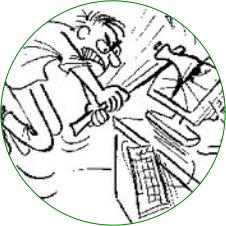 NOT so…..they had just gone….having casually downloaded onto the laptop and clearing the card….I was done for with those photos…. Luckily they were not as important as the ones on the wedding  job…. It IS a good excuse to go to the P-A-T-H again tho’… 😉

So what’s the moral of these two tales of woe?