↓
Home→Photography→Why You Should Be Photographing With Film in 2013

THIS is still a huge debate and one that only cropped up with me just this last week! I was visiting an exhibition run by The Dorset Independant Photographers and got chatting to Andy White – one of the exhibitors. It seems that several of the other exhibitors were still working with film.

Here I have found an article by Michael Ernest Sweet on just that topic – a very good read. 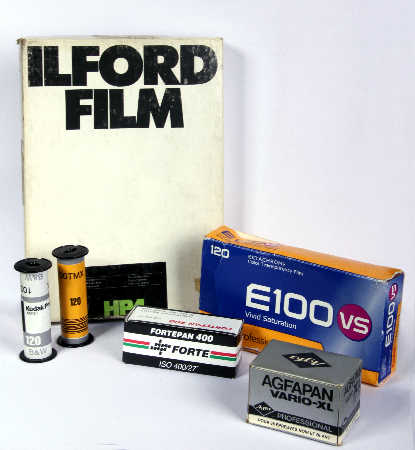 Why You Should Be Photographing With Film in 2013

The old digital versus film debate is dead. Or, at least it should be. Digital has won. There is no doubt that as we move forward digital photography will be the dominant game in town. However, this does not mean that film is dead. Just because we’ve acquiesced to the dominance of digital photography does not automatically mean that there is no place for film. There is, very much so. Here are just a couple of reasons why you should go out and buy a roll of 35mm Tri-X today, right now!

You should shoot film because you can. This will not always be the case. Although I believe film stock will be widely available for many years yet, it is increasingly becoming more and more difficult to find a lab. Photo labs are evaporating before our very eyes. In Montreal, Canada, the “New York” of the north, there is but one actual commercial lab still processing true black and white film. That’s worrisome. So, shoot it while you can. Get that “analogue” experience so that you can reminisce to your grandchildren about film photography.

The next reason is analogue camera prices. There has never been a better time to buy a film camera. The market is flooded with them, as people are running to digital, and this is driving prices down – way down. Mint Hasselblad 500C’s have recently been seen for well below a thousand dollars. Imagine, one of the best cameras ever made for that price. The same thing can be said for Leica and their M series cameras. The M6 was once upon a time only for the most elite photographers – today pretty much anyone can get their hands on one. So do it.

The third reason to shoot film may be the most important one. Shooting film slows you down and forces you to think before you fire the shutter. When you pay, literally, for every shot you take you will quickly learn to work more carefully. This is a crucial skill to develop in this all-things-digital age. So many of the photographs out there today lack a certain degree of quality and much of this can be traced back to the lack of thought process behind its composition and subject matter. If you can learn to shoot well on film you will be a much better photographer when you move to digital. Is this the only way to learn the skills associated with great photography. No, absolutely not, of course. But, shooting film does work, so why not?

Don’t get trapped in the film versus digital debate. Don’t feel as though you have to chose a side, you don’t. Shoot both and enjoy the benefits that each has to offer. There has never been a better time to have a film camera in one hand and a digital one in the other. And, it won’t last forever. So go out now and make some negatives – believe me, it will be nothing but positive.

Now take a moment to consider where you are in your photographic journey – film or digital – the choice is yours!

This debate WILL run for quite some time I’m sure. I was very interested to find out that a couple of young ladies who work in a local camera shop DO use film in preference to the digital. That was a moment when I realised that this is still a live issue! I had just gone into digital because I could. No thought for carrying on with film. The fact that Michael’s third point is a really good reason to use film makes me glad that I started with that way back in the day!

His other point about no real thought going in to composition etc – you can see it happening all the time with the use of mobile phones and tablets to snatch a quick picture. NO doubt in the thinking is that memories are being saved in a lot of instances, but for really top pictures? I wonder!

Oh – then the recent debate that seems to have arisen? Mobile equipment like phones and tablets will take the place of cameras?

What do you think of that one? 😉