The And Finally Big Band was a superb an offshoot of the critically acclaimed ‘And Finally… Phil Collins’ show. Producer and drummer Tim Harper has always wanted to create a traditional jazz swing orchestra in the style of Phil’s own big band and this is it!

The And Finally Big Band accurately recreates a combination of both of Phil’s live Big Band shows using the original music arrangements and performed by a twenty piece band of world class musicians. Such great classics as Sussudio, Two Hearts, In the Air Tonight, Invisible Touch and many more of Phil compositions are given the huge Big Band treatment. 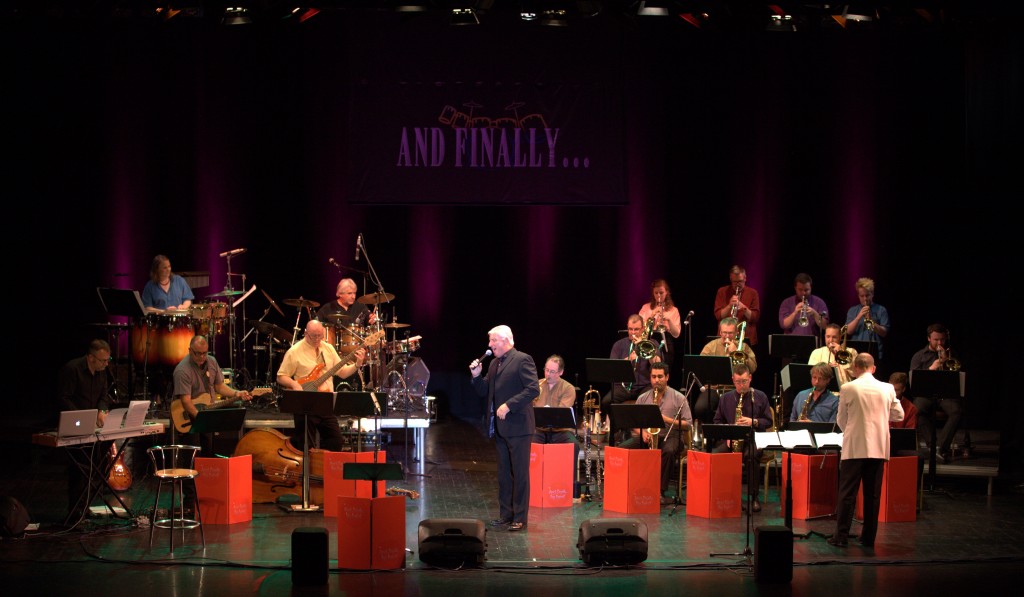 A few more of the photographs taken on 18th July at the Octagon Theatre, Yeovil – second show of the tour for 2015